In yesterday’s post I referred to some post-surgical issues that were causing me trouble. It seems that I must have been allergic to some of the adhesives that were used on me because I have been suffering from a burning, painful, itchy rash all over my back and waist that has made the last few days very hard to take. Having said that, 90% at least of my total pain and discomfort are due to the rash, so if that can start to improve I think I will be feeling pretty good, which is what I am hoping for.

The operation was on Tuesday (7 days ago) and the rash didn’t show up as an issue until Saturday morning. My family doctor suggests Benadryl cream (we started that yesterday) and the surgeon’s physician’s assistant suggested hydrocortisone cream (we will pick some of that up today and try it later).  But all in all, I will leave the last word to my boss, who said “if all you have to complain about is some tape and not the major surgery on your back, that’s probably a good thing.”

My mother says that she has an adhesive allergy, and that my late father had one too–I think I might see about getting a medic alert thingy to let first responders know that I do, too. Here is a picture of the rash–again, if you are squeamish stop scrolling now: 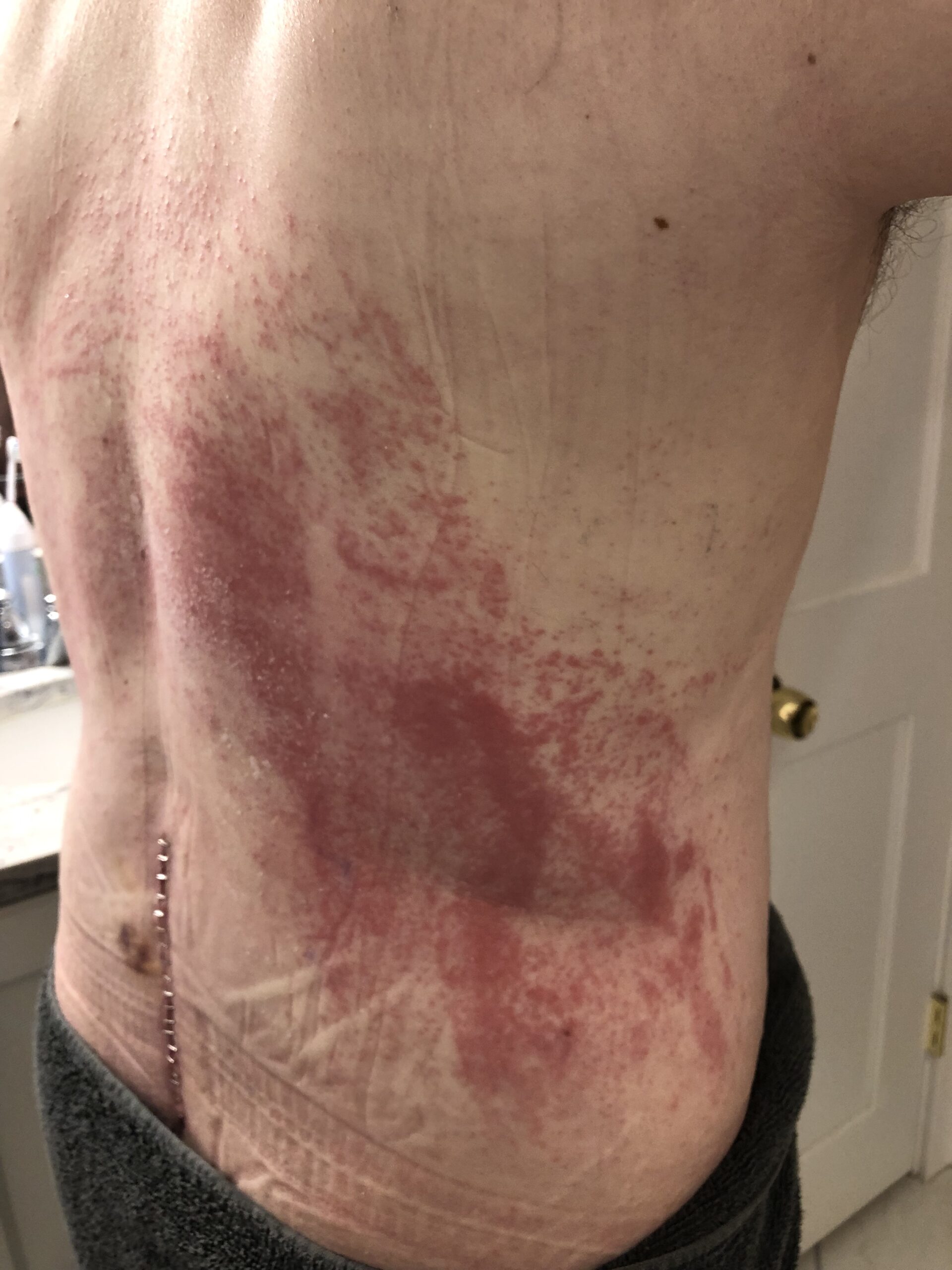 One Reply to “Fusion Update #2”